Back in 2003 Ryan Smith, founder of Varial Hosting started a discussion forum, for local bands and musicians.  This began a fortuitous journey that would ultimately uncover his passion for technology and servers. The music forum became widely popular and quickly grew to millions of viewers per month.

Due to the fact the forum didn’t “initially” make any money, Ryan chose the cheapest hosting package that he could find (which his successful forum quickly outgrew).  He wanted his forum to continue it’s momentous growth, and not be slowed down by hardware.  So Ryan started teaching himself about hosting technologies.  He then decided to choose a dedicated server to host his forum.

Ryan explained: “At that time I began offering web hosting services to the bands that frequented the website as a way to subsidize its growing costs”.

And so… the foundations of Varial Hosting, Inc. began. 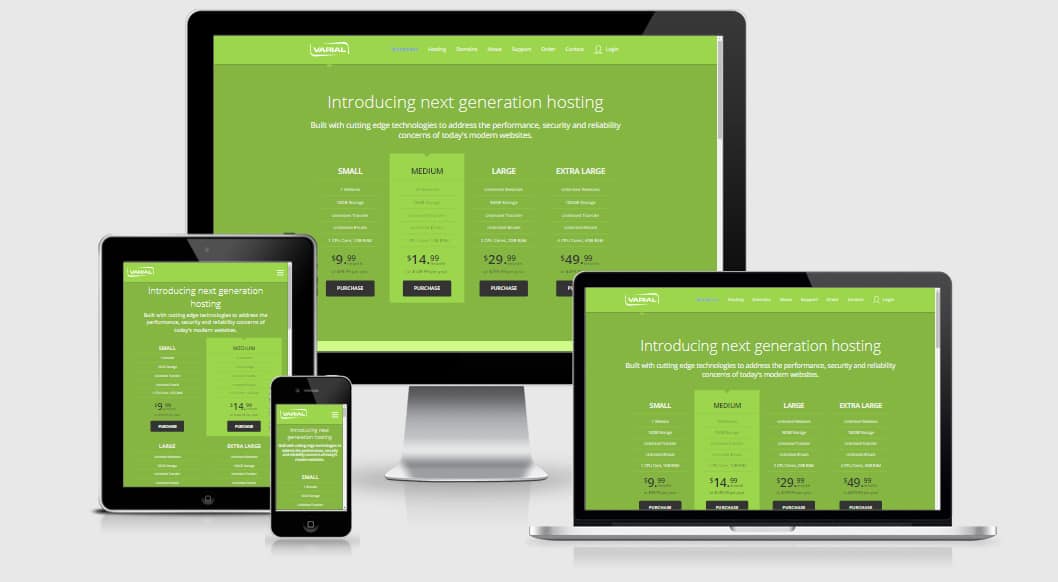 In a fast evolving business sector like technology, where there is always a lot to master.  We were keen to learn whether Ryan was entirely self-taught or if he had any formal education.  “All of my knowledge about web hosting and design is completely self-taught”. Ryan told us: ”The industry is always evolving there is always something new to learn”.  Ryan explained how his job role required him to “learn on the fly” and promptly respond to new challenges.  This quickly became a theme throughout our discussion.

Ryan told us that he “takes time to research and test emerging technologies to try to further improve our services”.  Therefore, we established that Varial Hosting is always able to rapidly respond to and better reflect the growing needs of their customers.

This aspect of Varial Hosting’s business ethic is clearly reflected in the decision to completely change the course of the business, to better serve the customer base. “After 10 years of operating as a budget hosting service we saw an opportunity to re-invent ourselves”,  Ryan explained.

A Radical Change in Direction

Looking at the stats, it became clear that over 80% of the Varial Hosting customers were now using WordPress to power their websites.  Ryan noticed that their customers were often experiencing “performance and security issues” due to the fact that they did not install the latest version of wordpress or related plugins.  Basically,  Ryan established that his customers were “failing to maintain the software after launching their websites”.  So he set about creating a solution to help his customers get the most out of their website.

Ryan decided to respond to this by working to enhance the experience for the customers who specifically use WordPress.  This resulted in the development of “An optimized WordPress hosting service that greatly improves website performance and security for our customers”.

And so, the Varial “Next Generation Hosting” packages were created. “Built with cutting edge technologies to address the performance, security and reliability concerns of today’s modern websites”.

The issues of “the performance, security and reliability” are a key focus for Varial. 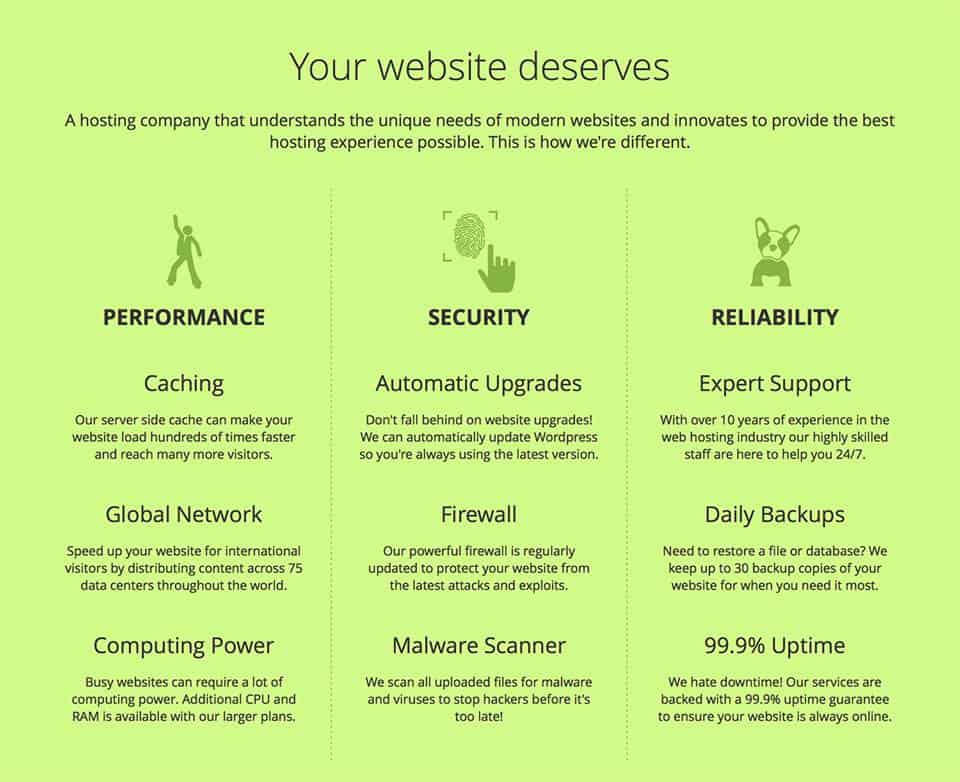 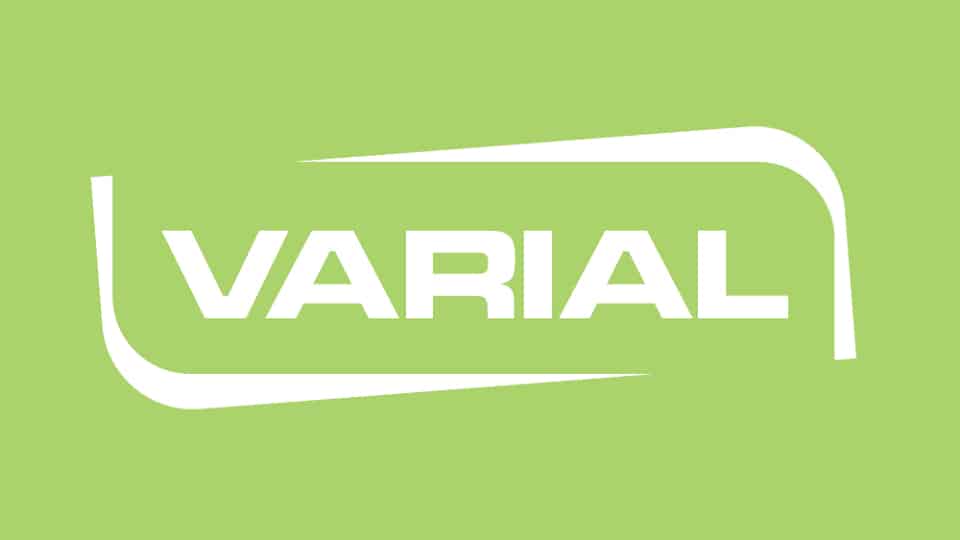 Varial Technologies, Inc. was founded in September 2008 and at that time offered design services in addition to their hosting packages.  In 2010 the design department was closed to allow the company to niche down and focus solely on web hosting.  This again illustrates just how versatile and responsive Varial Technologies is.

Ryan explained to us why he decided to drop the design department: “I discovered I was just not as passionate about design as I was for the technical aspects of web hosting and thought my skills were better suited to helping website owners and developers host in the best environment possible.

“Automation has been critical to our company’s growth” advised Ryan.

Researching and delivering a high quality service is at the heart of Varial, and automation is one of the keys to being able to provide the best possible service as a web hosting company. “Whether it’s automatically updating WordPress, developing firewalls that can automatically detect and block threats, or monitoring and notifying staff of potential issues”.  It is easy to see that Varial is a company that takes automation seriously, to enhance the quality of service provided to their customers and the end user.

What Makes Varial Stand Out

While Ryan would like their optimised packages and automated services to be the main thing that his customers rave about, these are simply the reasons they come to Varial in the first place.  The reason that they stay and give “rave reviews” Ryan tells us is because of the “quality of support” that they receive. “Last year our support ticket response time average was just 18 minutes!”.

This is a great example of how Varial responds to the needs of the customer and end user in every possible scenario.

Plugins, packages and the future

Varial has, and uses a host of plugins that assist their customers with multiple aspects of their hosting.  As I write up our interview with Ryan,  I have just learned that LiteSpeed Cache, has been updated to version 2.0.  The caching plugin allows Varial Hosting customers to achieve lightning fast Wordpress performance.   This is yet another example of how Varial is always ahead when it comes to delivering the best tools and services to their customers.

Ryan took a few moments to let us in on his plans for the future for Varial.  We were excited to discover that they are going to be expanding their “Optimised Hosting Package” offering.  Ryan informed us: “In the coming weeks we plan to offer optimized hosting services for Joomla and Drupal, that have been built using the same technologies as our WordPress service”.

In addition to this there will be some great packages for resellers.   Ryan uncovered that they also plan on re-introducing “reseller/agency hosting plans later this year”.

It was a real pleasure to chat with Ryan and find out about Varial Hosting, Inc. in greater detail.  We loved learning how the company has developed organically over the years.  We are excited to watch the agile development, as it unfolds year after year.