Best VPN Providers To Keep You Browsing Safely in 2022

VPNs aid individuals in making them more anonymous online. By encrypting your internet use, you can make your device think you’re based in another location, hidden by an alternative IP address.

People tend to use VPNs when providing personal information and data like credit card details, as it adds an extra layer of security. However, VPNs can also be used to bypass blocked websites and software like accessing Netflix in a different country.

What is a VPN?

VPN stands for Virtual Private Network. A VPN can hide your identity online if you don’t want others to be able to access your internet history, keep you safe from hackers, protect your IP address whilst torrenting, and some people simply don’t want the government to be able to spy on them.

A VPN can come in all shapes and sizes, as well as free or at a cost. There’s a wide choice of VPNs on the market so I signed up to a bunch of them to test them out. I’ve weighed up the pros and cons, features, and value for money to give you the list of the best VPNs available today.

ExpressVPN is hands down the best VPN service you can get, weighing up speed, privacy, and features. ExpressVPN works on Windows, Mac, Android, iOS, and Linux and has the ability to unlock sites like Netflix, iPlayer, YouTube, and Amazon.

ExpressVPN has three options when it comes to their pricing plan. You can choose to pay on a month by month basis which is the most expensive option – it will cost you $12.95 per month (£9.78) along with a 30-day money-back guarantee.

Regardless of which pricing option you choose, ExpressVPN offers a 100% money-back guarantee along with access to all apps, 24/7 customer support, and high-speed unlimited bandwidth. 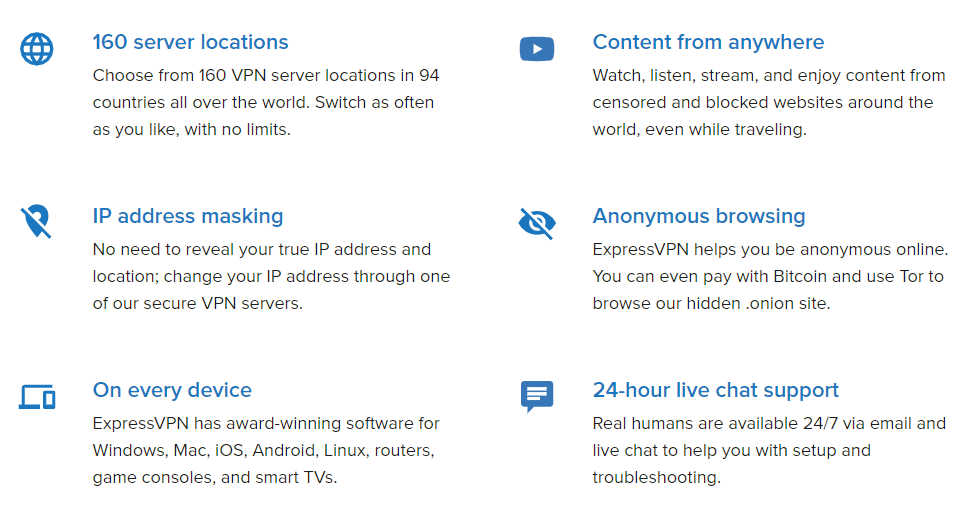 ExpressVPN has a wealth of features which is just one reason they nab the number one spot. You can connect to over 160 server locations across 94 countries worldwide, allowing you to switch at any point, with no limits.

– Less simultaneous connections than other VPNs

NordVPN is a great contender in the race for the best VPN. With their recent updates, NordVPN rolled out their custom NordLynx protocol which has upped their speeds and reliability, even when testing on further afield servers.

NordVPN is incredibly good value for money, offering plans from just £2.86 per month if you’re happy to commit to a 2-year plan. If you’re not ready for such a long commitment, NordVPN’s 1-year plan is very affordable at just £3.79 per month.

However, if you want to pay on a monthly basis, it’s going to hike the price up to £9.20 per month which is much more expensive. If you do like NordVPN’s service, I highly recommend signing up for longer to get the best discounts. 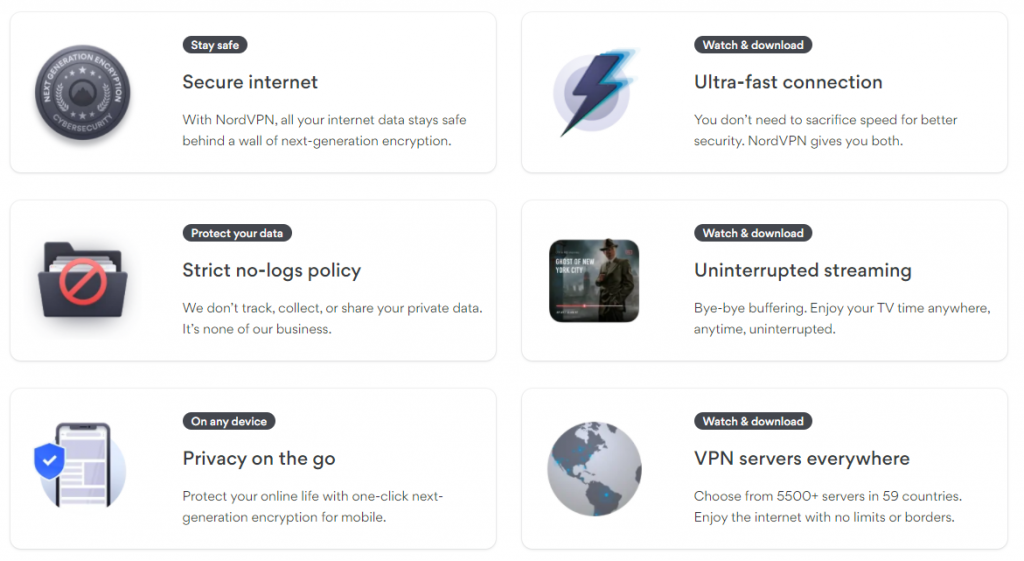 NordVPN has around 5000+ servers across the world in 59 countries, which is an absolutely whopping amount, especially as there are no limits. NordVPN has also hired a third-party to audit its no-logging policy each year which is extremely reassuring.

– Not as easy to use as other VPNs

Surfshark offers a VPN at great value for money, compatible with Windows, Mac, and Linux, you can also activate your VPN on iOS and Android. Similar to ExpressVPN, Surfshark offers a 100% 30-day money-back guarantee, so if you don’t enjoy the service you can always get your money back.

Surfshark is one of the cheapest VPNs available that also offers awesome features and solid service. From just £1.68 per month, when you sign up for a 24-month plan, you’ll get one account for all of your devices and 24/7 customer support. 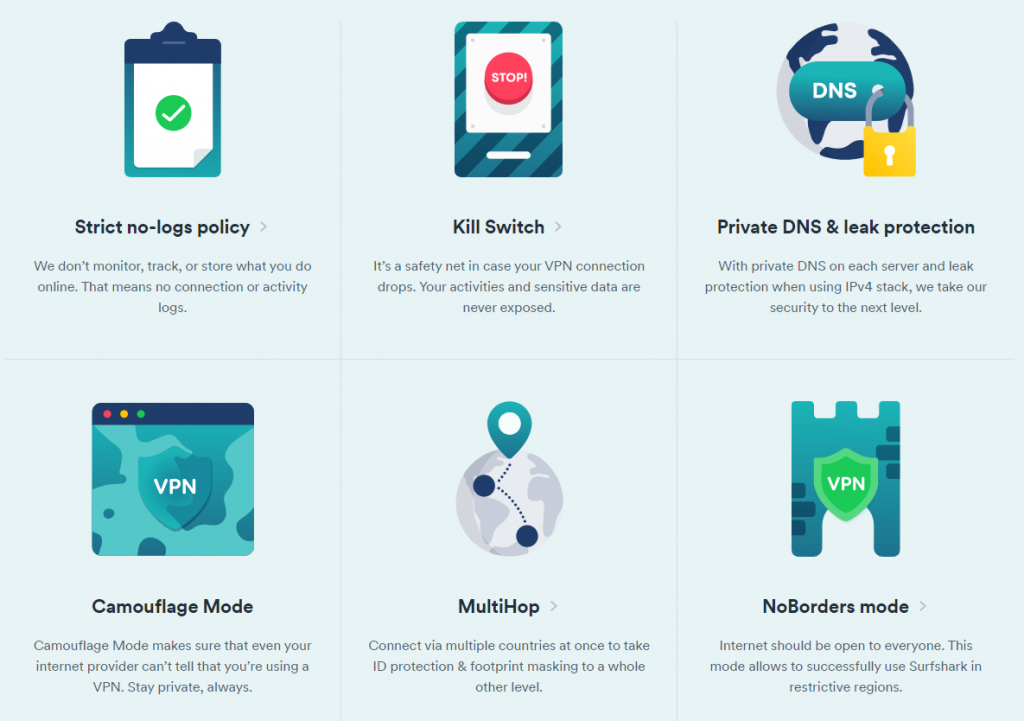 – Could do with more regular audits of no-logging policy

Hotspot Shield is one of the few premium VPNs that also offer a free plan. In recent years, they’ve put a lot of time and effort into bettering their premium service, offering some of the fastest speeds I’ve come across. Hotspot Shield gives you access to 1800+ servers across 80 countries worldwide. 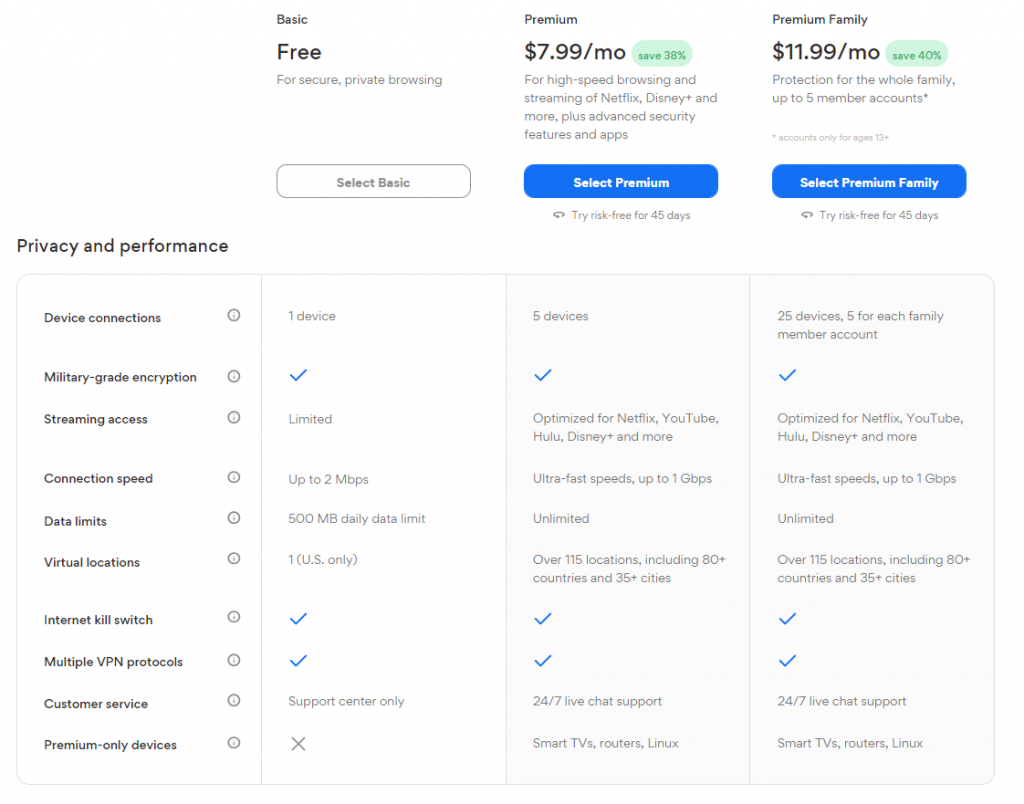 The free plan offers connections to just one device, limited streaming access, 2Mbps connection speed, 500MB daily limit, and one virtual location. Whilst the plan may be limited, I consider it quite generous considering its 100% free.

When you’re ready to step up your VPN game, the Premium plan offers a lot more including access to all locations, advanced features like Kill Switch, unlimited data limits, faster speeds, and lots more.

The Premium Family plan is designed for families, funnily enough! It allows 25 total connections with 5 per family member coming in at an affordable $11.99 per month. 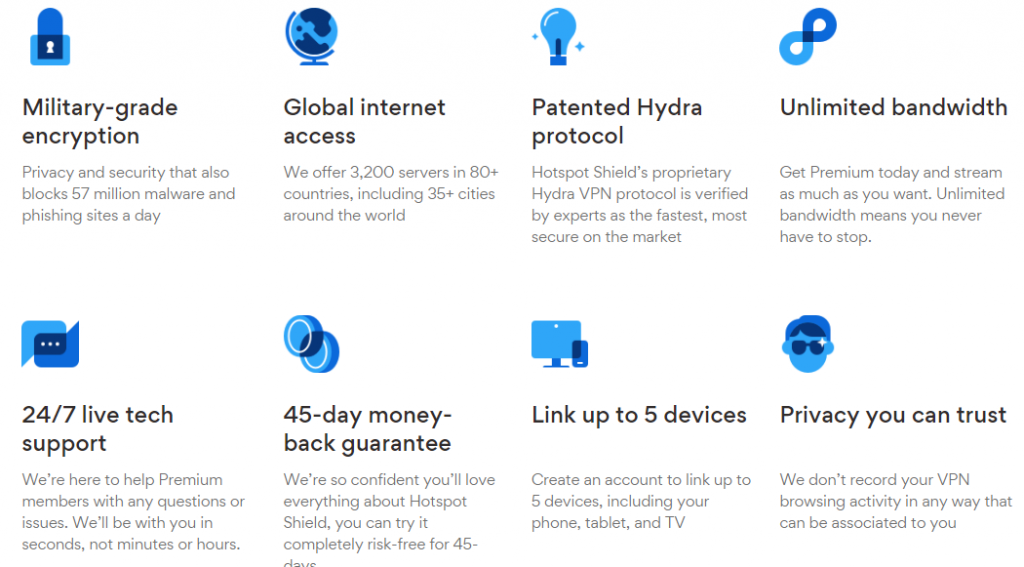 Hotspot Shield Premium and Premium Family boast many features within their plans. There’s a wealth of servers and locations on offer as well as 35+ cities across the world.

IPVanish can be accessed from your iOS or Android device, as well as Windows and Mac. This VPN offers unlimited connections, unmetered P2P traffic, 24/7 support, and 40,000+ shared IPs, 1500+ servers in 70+ countries.

IPVanish is certainly one of the most affordable VPNs I’ve come across giving users the ability to sign up for a years’ worth of VPN service for under £40!

IPVanish’s features are available to all users, offering great value for money in comparison to other VPN services.

Best VPNs: Ways You Can Use a VPN

VPNs were once used solely as a security measure when browsing the internet, however, they have since offered many more uses which have become popular amongst VPN users:

Currently, I rank ExpressVPN as the best VPN. The VPN service offers ease-of-use, reliability, high speeds, and decent levels of security. You can use ExpressVPN on desktop, mobile, and a range of other devices, allowing you to unblock websites, streaming services, and other advanced features.

How Does a VPN Work?

VPNs work by creating secure connections between you and the site or service you’re accessing. All of your internet traffic is encrypted so no one else will be able to detect it’s you or see what you’re doing.

Free VPNs aren’t necessarily bad, but they often limit the amount of data you can use and don’t come with advanced security features. If you want to ensure you are protected online and your data is encrypted, I would always recommend paying for a VPN. You wouldn’t buy a house without a lock on the door, so you shouldn’t browse the internet without security and privacy.

Most VPNs are really easy to use. You can either download the service for your desktop or if they offer a mobile app you can download it from the App Store or Google Play Store.

VPNs are often very simple to get started with and most offer a quick connect option so you can start browsing online safely within seconds. Once installed, you can choose to add your VPN to your browser as an extension, e.g. Google Chrome.

Using a VPN can offer many benefits, and really the only downside is potential slow connection and download speeds or VPNs that log your information. We cover all of this in our reviews to help you choose the best VPN for your requirements.

If you can afford to sign up for a VPN for a 1-year period, I highly recommend it as you’ll get a lot of discount off of your plan and your internet traffic will be protected for a long period of time.